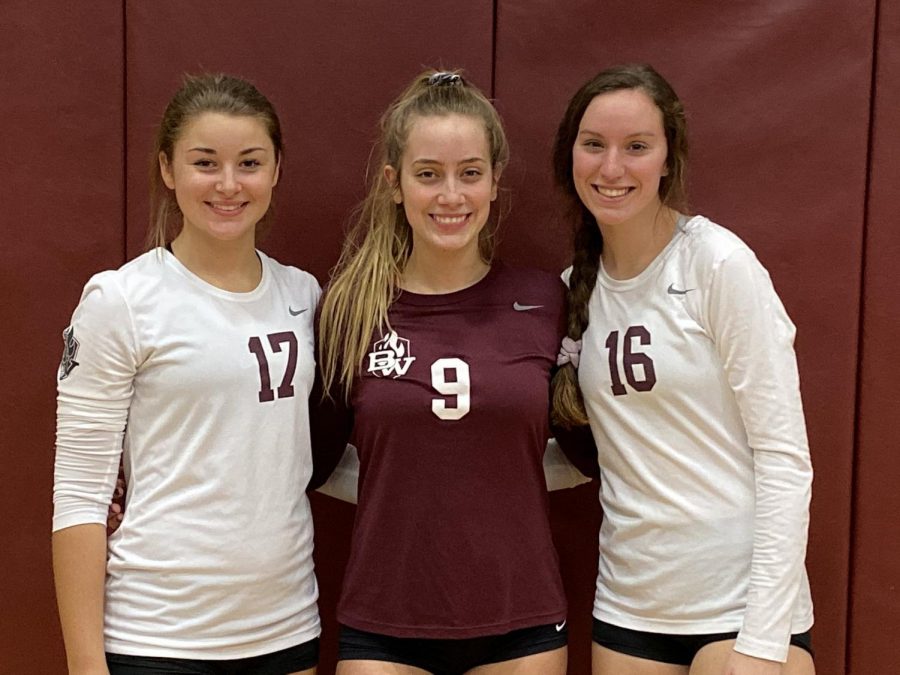 Last Thursday night, the girls volleyball team played their Senior Night against the Alton Redbirds.  The entire team is a closely knit group–especially the seniors–making that game slightly more emotional than the others.

“It was sad to realize that this is my last time playing volleyball, especially with my friends.  The whole team is pretty close, even outside of volleyball. I’ve been friends with Maddie and Sydney since grade school and I even started playing volleyball with Maddie in fourth grade,” senior Sarah Glaeser said.

The season was gritty for the Maroons, but they were able to push forward and finish with a winning record.  The ups and downs showed them what they can handle, and better prepared them for what is to come in the playoffs.

“In the beginning we did really good and I definitely expected us to be pretty good this year.  We had some tough games that we pushed through and managed to pull out wins, but we definitely hit a rough patch towards the end of the season.  I’m excited for regionals against East because we are pretty even at this point in the season so it should be an exciting game,” senior Syndey Vokes said.

They took the game in two sets, putting their record on the season at 16-15 and giving them a shot at Belleville East in Regionals on Tuesday night.

“When they came to West, our serving was really tough.  But, when we went there, we didn’t serve as good. So if our serving is good, then our chances of winning will be good,” senior Maddie Missey said.

Even though this was the last regular season game at home for the Maroons, Belleville West is hosting Regionals which gives them one last chance to play on their home court.

“It was sad knowing it was our last conference game with this team considering everyone on the team is especially close this year.  I don’t think it was as bad as it usually is because we are hosting regionals, so it isn’t technically our last home game. But, it will definitely be sad the next couple of weeks as playoffs begin,” Vokes said.

Even though it was sad for some to see the season end, there are still games to prepare and play for.  Playoffs are just about to begin, and the Maroons could potentially continue their season for the next couple weeks.

“Knowing it was my last season playing at west gave me a lot of emotions.  I’m sad it’s coming to an end but I’ve made sure to enjoy it as much as I could,” Missey said.