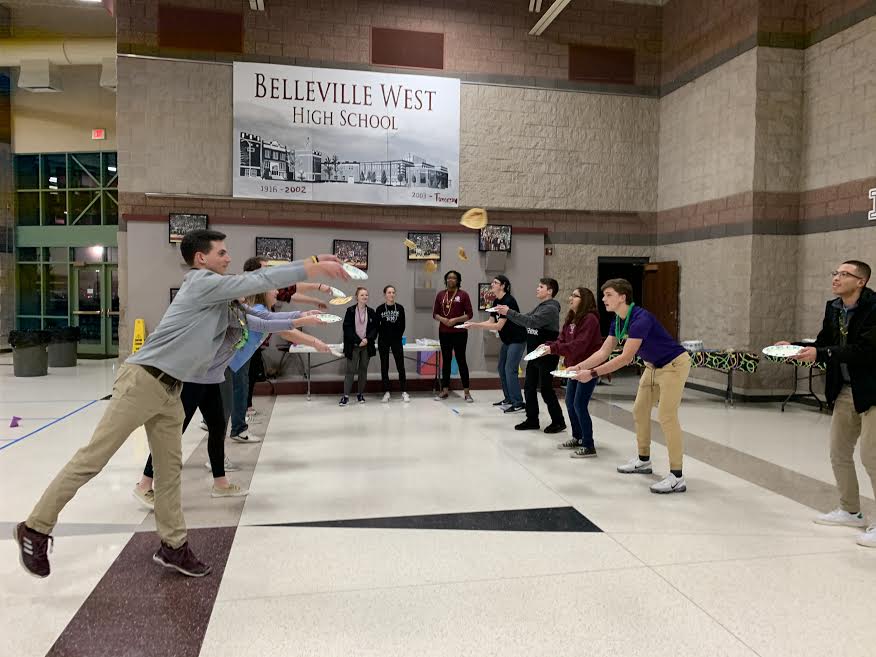 On Monday the 24th, all three foreign languages pulled together and to celebrate Mardi Gras. This activity included food, games, and prizes.

Students of the foregien language department were invited to this event, and they were also encouraged to invite another student that is not a foreign language student. For the price of getting in, students were instructed to bring in food for everyone to enjoy. For some students, this was a complete change of pace for them, but they definitely enjoyed themselves.

“I’ve never gone to a school that had languages or activities even close to the Mardi Gras Party so it’s definitely a very fun and new experience. It’s also really nice to be able to meet people that are in other classes, or take other languages,” freshman Aleece Weaver said.

The games were all different styles, not specified to a certain culture. A few games were very popular, and some people even decided to make their own versions of the games.

“So far, I’ve participated in a bean cup race, the crepe toss, bean bag tic-tac-toe, and I’ve built a monument out of pure snacks and candy,” freshman Ella Morris said.

As a collective, not many times all of the foreign languages get together and hangout. This was a very all-over event, but it was festive, and students really enjoyed being with other language students and friends.

“When all of the languages come together, which is rare, we get a chance to bond over our love and passion for a language other than English. The group that I have been hanging around tonight consists of two students in Spanish, one in French, and one who doesn’t even take a language. So, just the mere idea of being around each other is awesome,” senior and Spanish Club President Alondra Lopez-Pliego said.

Don’t be fooled though, this entire event was filled with culture, mainly appreciation of a culture other than our own, and interacting with others. This event was very well put together and deserves to continue growing for years to come!

“This Mardi Gras Party is such a unique opportunity because we truly don’t get to do things like this very often where we have all three clubs coming together. It gives the students a way to see students outside of the classes. I think it’s a fun way for them to interact whilst still being language-related and cultural. It’s a nice way to bring everyone together,” French teacher Ms.York said.