Russia Kicked Out of the Olympics for Four Years 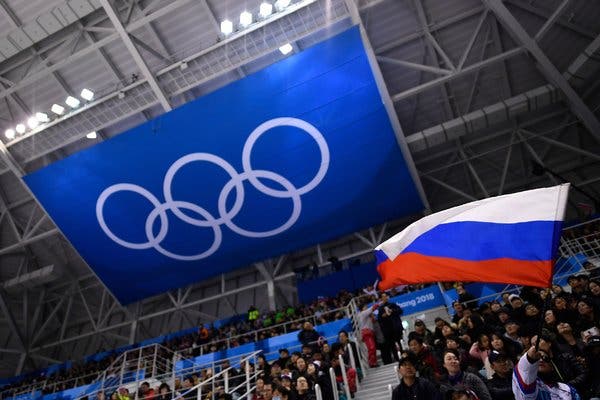 Russia is known for a few things.  That time they almost World War III, Ivan Drago from Rocky IV, and their athletes’ seemingly religious use of steroids.  Back in early December the World Anti-Doping Agency (WADA) placed a four year ban on Russia from competing in the Olympic Games, meaning they will miss both the 2020 Summer Olympics and 2022’s Winter Olympics.  This is one of the harshest punishments handed out by WADA, and the news (for some reason) shocked the sports world. The fact that Russia keeps doping is not that surprising. What’s surprising is that it seems like they think they can get away with it every time.

“For too long, Russian doping has detracted from clean sport.  The blatant breach by the Russian authorities of RUSADA’s reinstatement conditions, approved by the executive committee in September 2018, demanded a robust response. That is exactly what has been delivered today,” WADA President Craig Reedie said.

It was discovered by the World Anti-Doping Agency that Russia had given them information regarding their athletes that was misleading and inconsistent.  As you have probably already figured out, this lead to the discovery that it wasn’t milk they were putting in their cereal. It seems like common sense that doping should be done behind closed doors, but at this point it’s hard to tell whether Russia cares about being caught anymore.

This is not the first time that Russia has been caught doping, either.  Back in 2016 it was revealed by the New York Times that Russia had implemented a state-run doping program (oh, hey Drago!), and fourteen medal winners from the 2014 Olympics had participated in it.  Collectively Russia has had forty-three of their Olympic medals stripped away because of doping, which adds up to about 30% of the global total of revoked medals and is twice as many as the runner up.  That. Is. A. Lot. Of. Doping.

The definition of insanity is doing the same thing over and over again while expecting different results.  I’m not saying that Russia, led by the guy who has reporters killed for having an opinion different than his, is going insane, but there definitely seems to be a correlation there as far as their athletics go.  Doping has become the peanut butter to Russia’s jelly, and they haven’t shown any signs of changing. That means that in around twenty years when Russia finally develops a way to pass drug tests without getting caught, we just might see them compete in another Olympics.