Boys Basketball Competes in the Washington Tournament of Champions 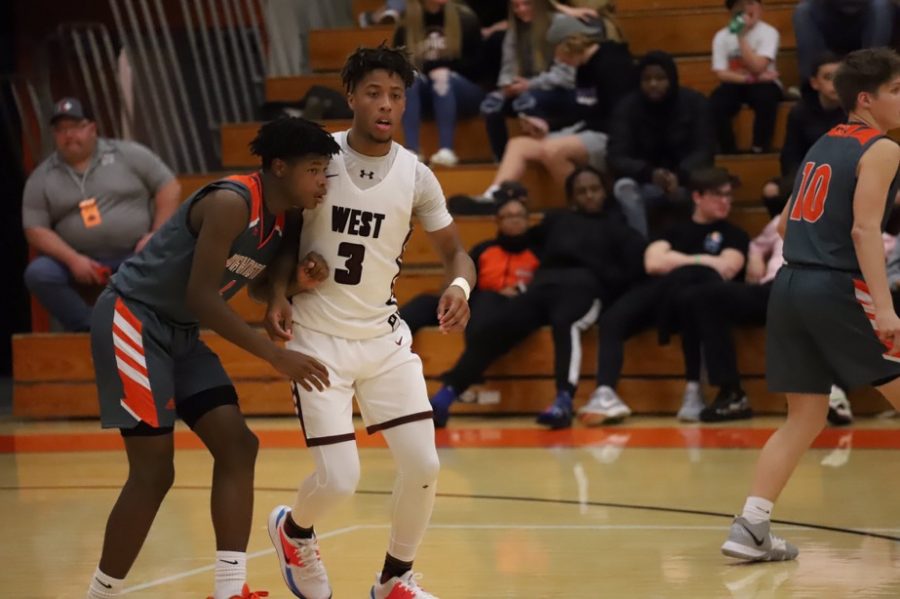 After receiving a personal invite to the Washington Tournament of Champions this past weekend, Belleville West’s Boys Basketball Team’s season was kicked off to a great start placing 4th against some of the best teams in the country.

“We’ve been in the Washington Tournament of Champions for the past two years and Coach Schobert knew that we would be able to compete this year so he kept us in it,” senior Greg Wells said.

When going up against some of the best in the country, preparation cannot be easy. However, with year-round training and workouts, the boys are always ready to play.

“In order to prepare we did a lot of defensive drills and conditioning. The most important thing for us is working on being on the same page, when we are all on the same page we are definitely able to compete with some of the best,” senior Tommie Williams said.

With two previous state championships for Belleville West High School, the pressure is on for a hopeful third year in a row championship. In order to get to that point, it is important that they play to their own strengths.

“We weren’t always the biggest or the most athletic, but we played our hardest and with the most heart. I really believe this tournament helped us prepare for our ultimate goal at the end of the season, which is the state championship,” senior Trevor Gray said.

Tournaments such as the Washington Tournament of Champions opens the eyes of the Belleville West’s boys basketball team to what is to come in their 2019-2020 season.

“I think we matched up really well. We won two games and lost two games. I think it was a great tournament to prepare us for the competition we will be facing all season,” senior Greg Wells said.

Although winning feels amazing to not only the players, but the wishful students of Belleville West, having a shared enjoyment and love for what they do is the most important thing of all.

“The level of competition we faced was great, we were able to play against a lot of the top ranked players in the country and it was just a great atmosphere to be in,” senior Tommie Williams said.

With a long list of games and tournaments to come in the season, Belleville West’s boys basketball team is bound to improve in every aspect.